Willow was a rescue from another organization, when we obtained her, she was expecting kittens any day. She gave birth to 7 little ones, all but one survived. Willow provided us with a special gift by taking and fostering two kittens who’s mother had been killed. Willow provided nutrition, parenting and caring to these babies and we helped by supplementing feedings. Willow was very sick herself and neither our Veterinarian or ourselves were aware of how ill she was until 4 weeks later she passed. Willow held on to provide what all eight kittens needed to survive until the rescue team could take over. She was a special gift who gave of herself wholly and unconditionally.

Bella was a rescue from the side of the road. One of our volunteers rescued her and she had a bad eye, she was taken to Burlington Emergency Veterinary Service where we were told she needed to have it removed. We went to our regular Vet the next day were the eye ruptured and she needed emergency surgery. Bella did not let that stop her she continued to play with her foster brother and they would snuggle and watch the birds together she healed and was adopted by a very caring loving family, she is the princess of the house. 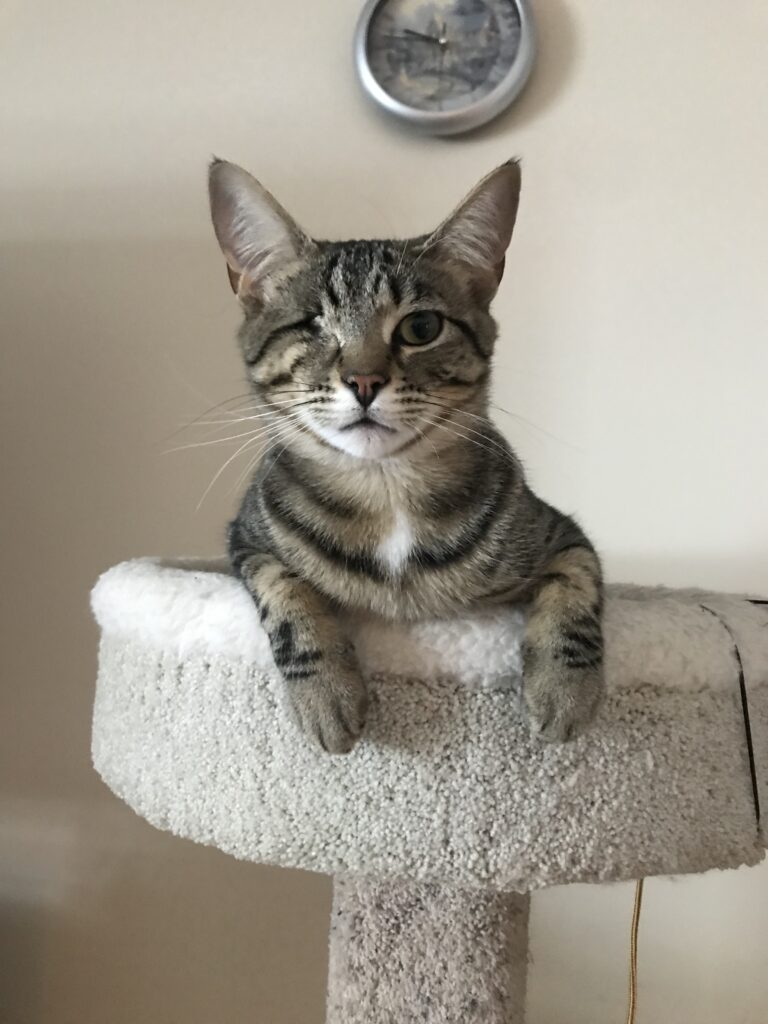 All that we have accomplished so far!!

4 kittens were adopted with no adoption fee 3 went to Combat Veterans and 1 to a child who lost a parent to the war.

Sadly, 6 kittens had to be euthanized or died days after we rescued them because they were so sick. We took comfort in knowing that their last days were filled with love and caring people.

July 2018 – December 2018: 93 cats and Kittens were spay/ neuter. Earlier in the year the focus of APFGKR was rescuing abandoned/neglected/abused cats and kittens and getting them healthy for adoption, however, realized that population control was a very important aspect that needed to be addressed and in July I began charging a higher adoption fee to cover this additional expense to ensure it was being done.